LONDON: Stranded British Pakistanis have appealed to both Pakistani and British governments to treat them with respect and pay attention to their worsening plight amid the spread of the coronavirus pandemic.

Many of them have shared their stories with The News after another Pakistan International Airlines (PIA) flight to London was cancelled on Monday, prolonging their stay in Pakistan.

The stranded Britons — who are estimated to be around 10,000 currently — opened up on how they have been abandoned to their fate by London and Islamabad.

There are families with young children, elderly people, men and women facing the worst ever health crisis of their lives, but PIA remains unhelpful, other airlines silent, and the Pakistani and British governments are just issuing reassurances, they claim.

Moin Naeem, who recently graduated from the University of Manchester, is stranded in Gujranwala with a family of eight, including a 1-year-old and a 4-year-old. He was visiting Pakistan to attend his sister’s wedding.

“My family has many high-risk individuals, my father has a heart condition, my mother has Rheumatoid arthritis, my sister is a severe asthmatic and is at risk too,” Naeem said.

“Two of my nieces, aged 1 and 4, also come into the high-risk category, one of them one has a kidney condition that requires specialist pediatric care. I have contacted the British embassy but I feel my voice is falling on deaf ears,” he said.

“For 8 of us, including the children, it means we need 7 full tickets, even £750 per ticket means £5250 on new tickets. Quite frankly we do not have these funds and are having to rely on credit cards,” he added.

“All the promises on Twitter have been a massive failure because nearly 3 weeks after international flights were cancelled, there are still thousands of British Pakistanis stranded here,” he complained.

Abdullah Sheikh and his parents purchased PIA tickets, covering the journey both ways to and back from Pakistan. “Our return flight on 28 March was cancelled so we rescheduled our flight to 11 April. On 9 April they cancelled again,” Qureshi said.

“Our flight back is now on 22 April but I won’t be surprised if it gets cancelled again. Only special flights are going. However, these flights are not special at all. They’re just a one-way ticket home and PIA is profiteering from the crisis,” he claimed.

“Tickets cost around £750. Why is the British High Commission allowing PIA to take so much money? This is taking advantage of people and so many people are feeling cheated,” he alleged.

Rahat Inam came to Pakistan on March 5 through Turkish Airlines and was supposed to leave on March 23. “Sadly due to the situation we are in, our flights were cancelled and rebooked for the 18th, cancelled again, and then rebooked again for May 2,” she said.

“We have had no help from the British government even though I’ve stressed to them that I’ve run out of medication. Medical stores haven’t had deliveries so they don’t stock much of the medication I need for my multiple sclerosis,” she added.

“We are in Mirpur Khas, Sindh – everything’s on lockdown so we can’t go out or do anything. The British government said originally they were going to pledge £75 million to help stranded British citizens, alas we are being ripped off but no one is helping us,” she claimed.

Fatima Khan from Dundee, Scotland is stranded in Attock. She flew to Pakistan through Emirates Airlines with her sister and two children. “The Pakistani and UK governments are not helping at all. Special flights to the UK they are only going to England,” she said.

“What about the Scottish passengers who are stuck in Pakistan? Is Scotland not apart of UK? We feel we have been completely ignored and not classed as people. Why is PIA able to fly but not other airlines? Pakistan should let all stranded passengers go,” she added.

“If PIA can fly out special flights then I’m sure other airlines can too. We have a family to get back to who are worried about our situation! How do you expect a single mum to pay £800 one way to get back to the UK?” she asked.

Suhaiymah Manzoor-Khan has been coordinating with 1400+ UK nationals stranded in Pakistan due to COVID-19 closures. To her credit, she took the initiative of bringing the stranded families together and mounted a public campaign. She has called for the launch of chartered flights from Pakistan, but so far the British government has not paid attention.

“So far they have relied on PIA, which has proved disastrous. The flights are unaffordable for many who have funds trapped in cancelled tickets or are from low income backgrounds,” she said.

“I’ve spoken with cancer patients, diabetics, asthmatics, elderly people running out of life-saving medication that cannot be found in Pakistan. This is a health emergency,” she noted.

PIA spokesman Abdul Hafeez has offered some clarity on the complaints. “PIA ran special flights, apart from the regular flight operations which were cancelled. These flights were for those who had old tickets for PIA flights. 23 regular flights go to the UK from Pakistan, including 9 to Manchester every week,” he clarified.

“The previous flights have all been cancelled but after that, we received some special permissions from the government to operate flights between 3 – 11 April. During that time, all flights operated, no flight was cancelled,” he added.

“We have filed a new schedule from today. If the schedule is approved, we will start flights from tomorrow. I want to make it clear that these are special flights, there are not regular scheduled flights. Only special flights are going,” he added. 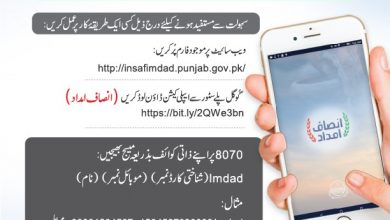